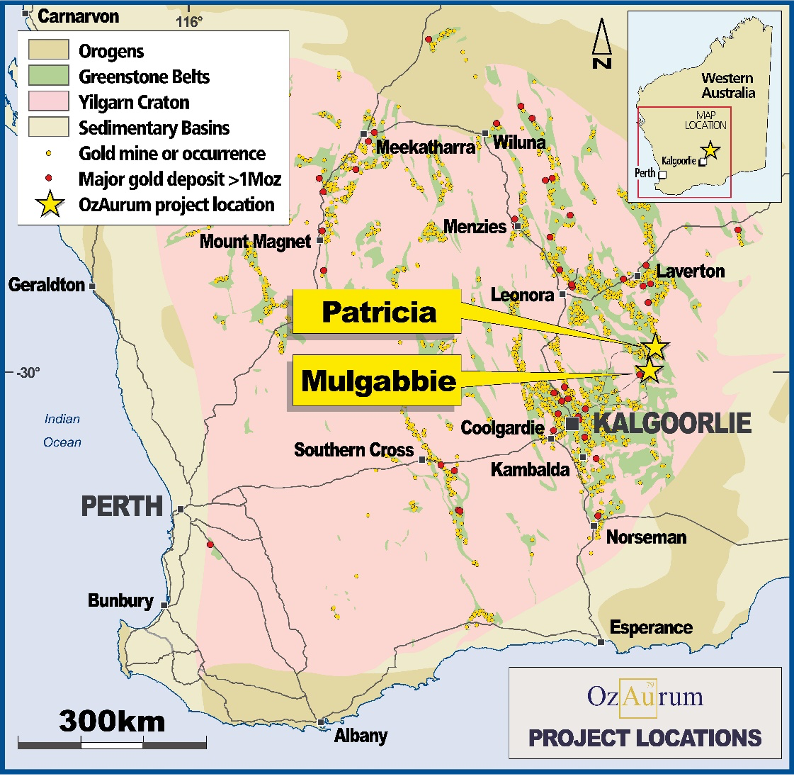 The Comapny is the 100% owner of Mulgabbie North and the Particia Project, which together cover a strike length of 10km of greenstone belt geology in the Norseman-Wiluna Greenstone Belt, one of the richest and most prolific gold-producing camps in Australia.

OzAurum’s tenement portfolio sits in the shadow of Saracen Mineral Holdings’ (ASX:SAR) Carosue Dam gold mine about 100km northeast of Kalgoorlie, a region that has been the subject of considerable greenfields exploration. The Carosue Dam mill has produced some 1.5 Million ounces so far from 24 million tonnes of ore. 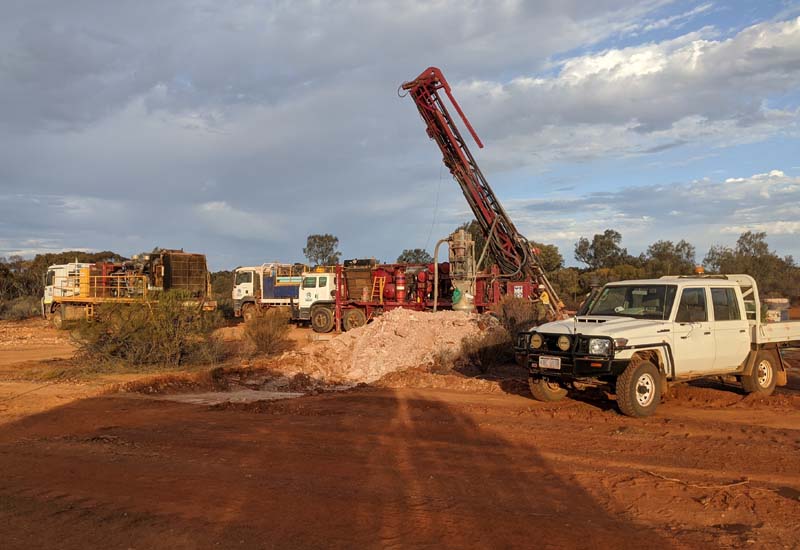 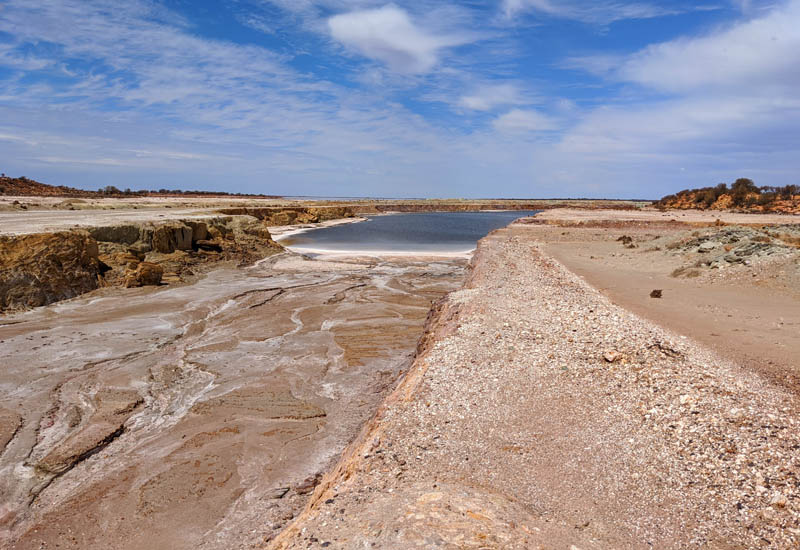 A history of high grade mineralisation and a potential high grade open pit and underground mining operation. The Patricia deposit is a high grade gold project open at depth. The project has had very limited exploration over the last 25 years.

Mulgabbie North is underexplored and with limited drilling despite gold endowment in the belts.

Mulgabbie North covers 10km of greenstone belt geology in one of the richest and most prolific gold-producing belts in Australia. 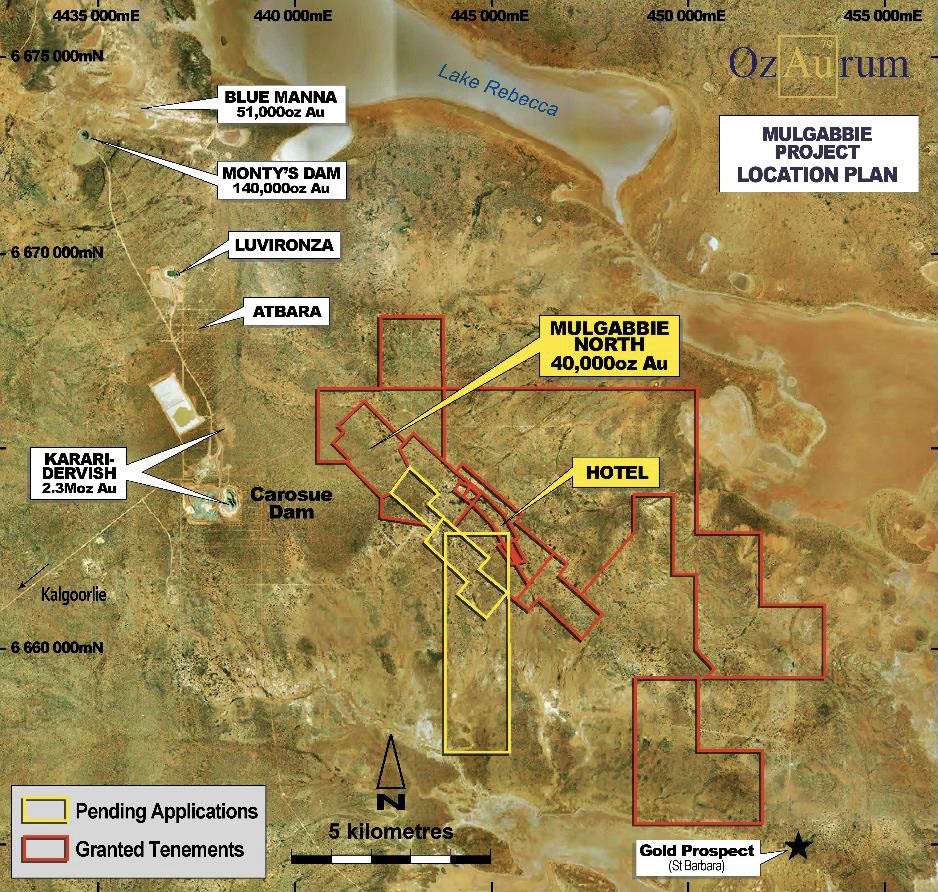 Get the latest OzAurum news as it is announced, subscribe to our Email Alerts